We had quite an interesting mix of costumes at our house this year for Halloween. Holland chose Wonder Woman a few weeks ago, and was incredibly excited about it. When she first got the costume, she didn't want to take it off. She played in it for hours and hours. Every time someone came to our house, she would race into her bedroom to put it on and show it off.

I was out shopping yesterday and I ran across the Padme' Amidala costume (that is the queen - princess leah's mom, for those of you who are not familiar with star wars) for 50% off so I decided to buy it for her so she could have it to play in. There is new neighbor boy named Aiden, who loves star wars,that she would love to impress! I had barely gotten it out of the bag yesterday when she snatched it out of my hands, tore the tags off of it, and begged and pleaded to wear it instead of Wonder Woman. Needless, to say we had a last minute switcharoo.

So long, Wonder Woman, you're lasso has been replaced with a lightsaber. And just like that - Wonder Woman was no more..

As far as other costumes are concerned, there was Jonathan who always pulls out his scary ape mask every year. It makes most kids cry! It is just so ugly, and it kinda freaks me out. I think it is his facial hair that makes it look so freaky, but then again there is also the jumping around ape dance that he does! I'm not sure which one is freakier.

Lastly, there was a cute, little sock monkey who refused to keep her hat on - which was basically the whole costume! I couldn't resist this costume though because it was just so different than anything I had seen before. Dylan made a very cute sock monkey and here is the proof: 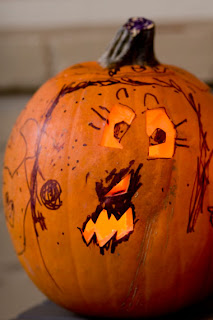 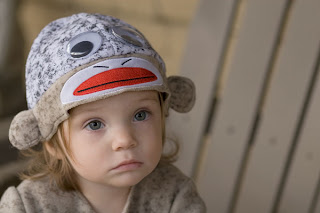 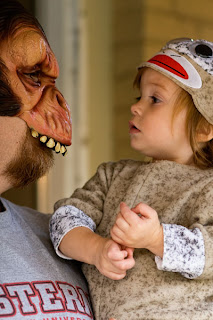 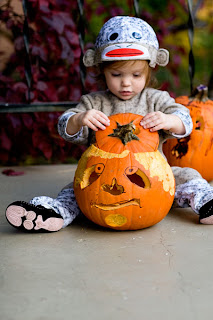 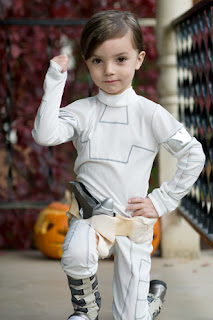 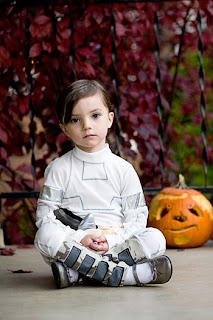 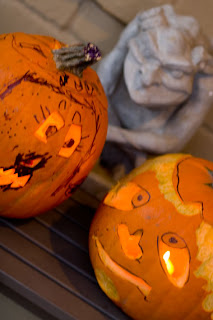 Those costumes are amazing, and I can't believe how much Dylan looks like Holland! I definitely did a double take!

Both costumes are awesome like the girls wearing them!! JOno you are quite a scarey ape, whwere you Ashley? MeMe ( this is how Holland spells my name so I have changed the spelling to her version for now. Dont worry Gabrielle I will go back to MiMi!